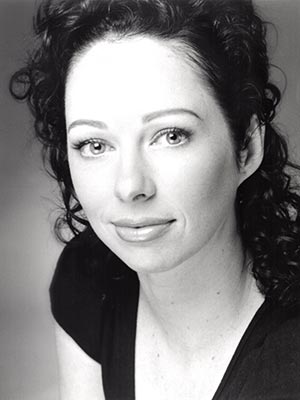 Amanda has trained in all styles of dance and grew up dancing on the Gold Coast. She then went on to complete her Certificate IV in Performing Arts at Brent Street Studios, Sydney and has completed a Certificate IV in Training and Assessment. She has since gone on to have successful career and has been performing professionally in the industry for 15 years.

Before returning to the Gold Coast Amanda taught at Sydney’s leading Performing Arts School Brent Street Studios for 14 years and has trained students who have gone on to have successful careers from professional musicals, various world wide contracts, cruise ships, to winning So You Think You Can Dance. 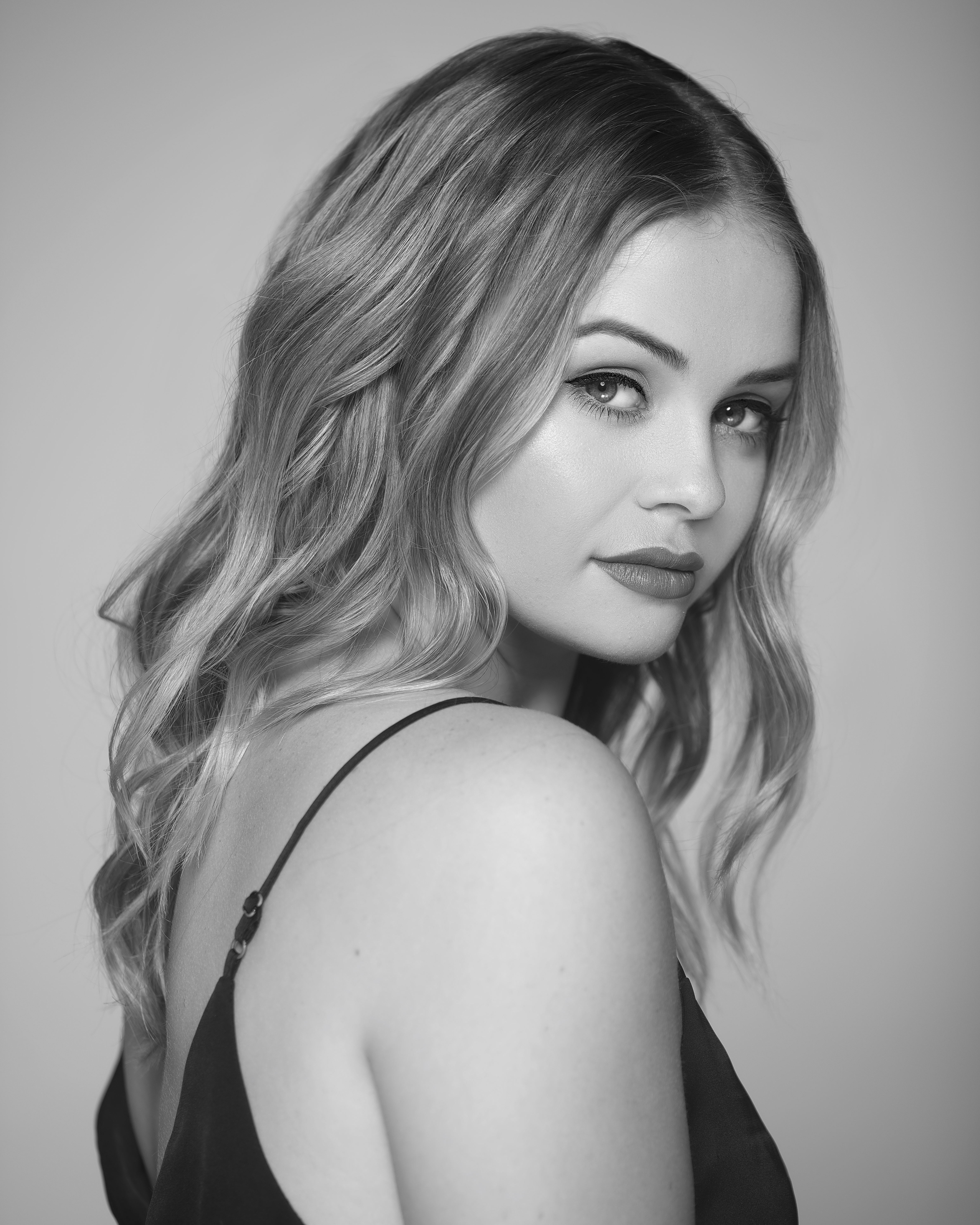 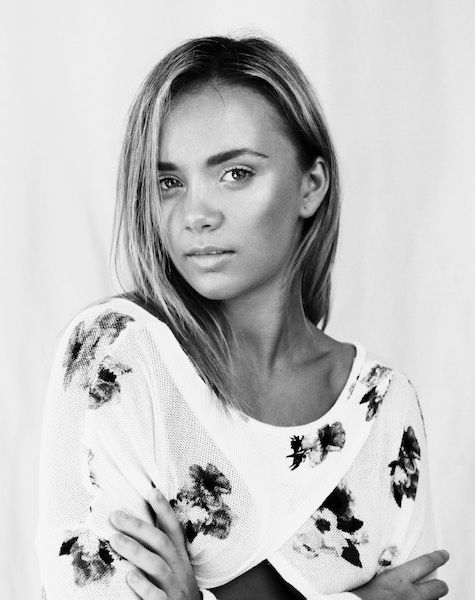 Since the age of 7, Jade has found the passion to dance all genres such as Jazz, Tap, Ballet, Contemporary, Lyrical, Acrobatics, Musical Theatre, and Broadway. Throughout her dancing career, she has been involved in a large amount of Competitions and Performances nationwide, winning numerous awards and even a trip to the USA.

In 2013-2014 Jade was chosen in the cast of the Jupiter’s Casino show “Zircus." In 2014 and 2015, she was a cheerleader for the local Rugby League team “The Titans” and is constantly involved in local corporate work and performances.

Jade is excited to share her knowledge and passion with her students. 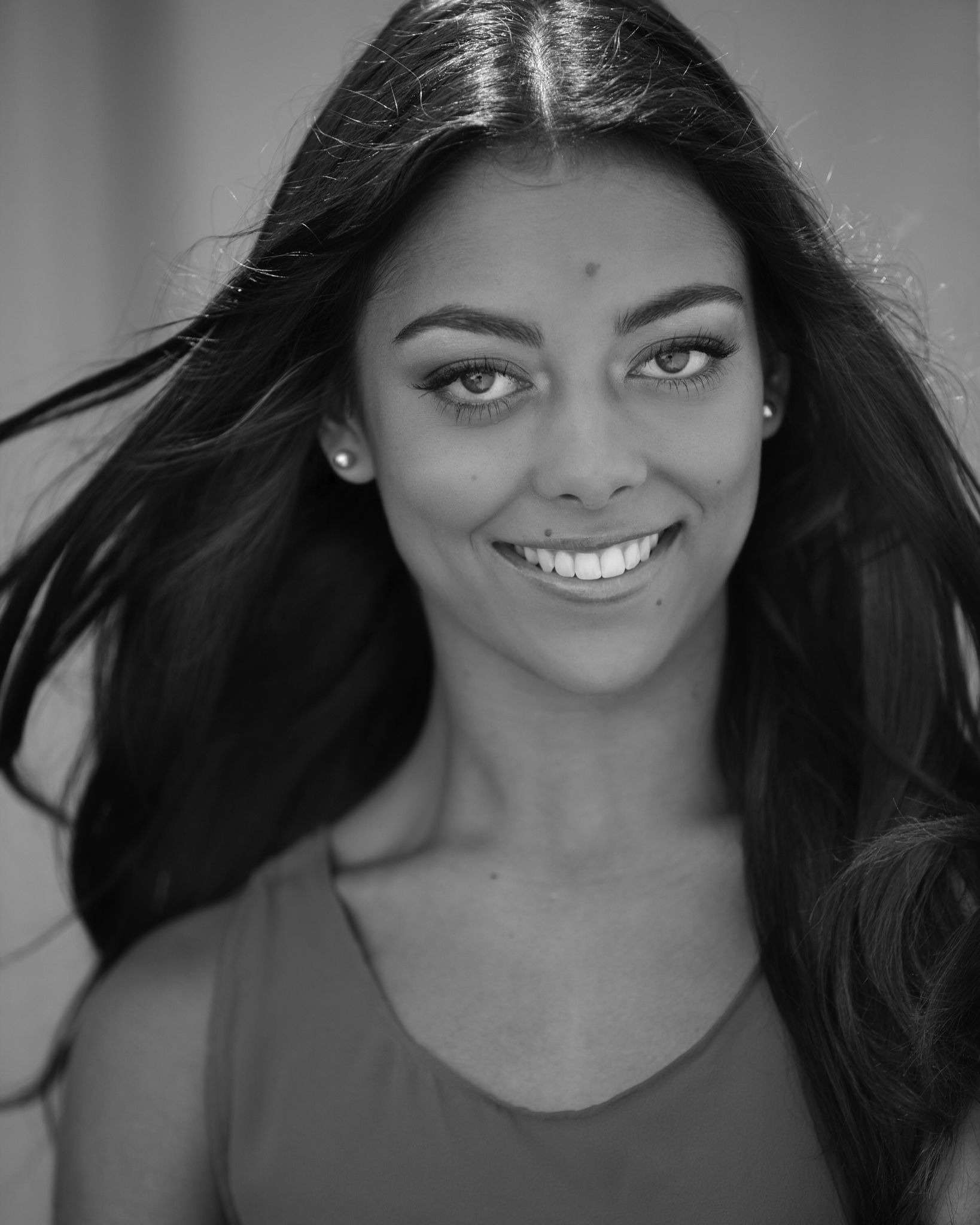 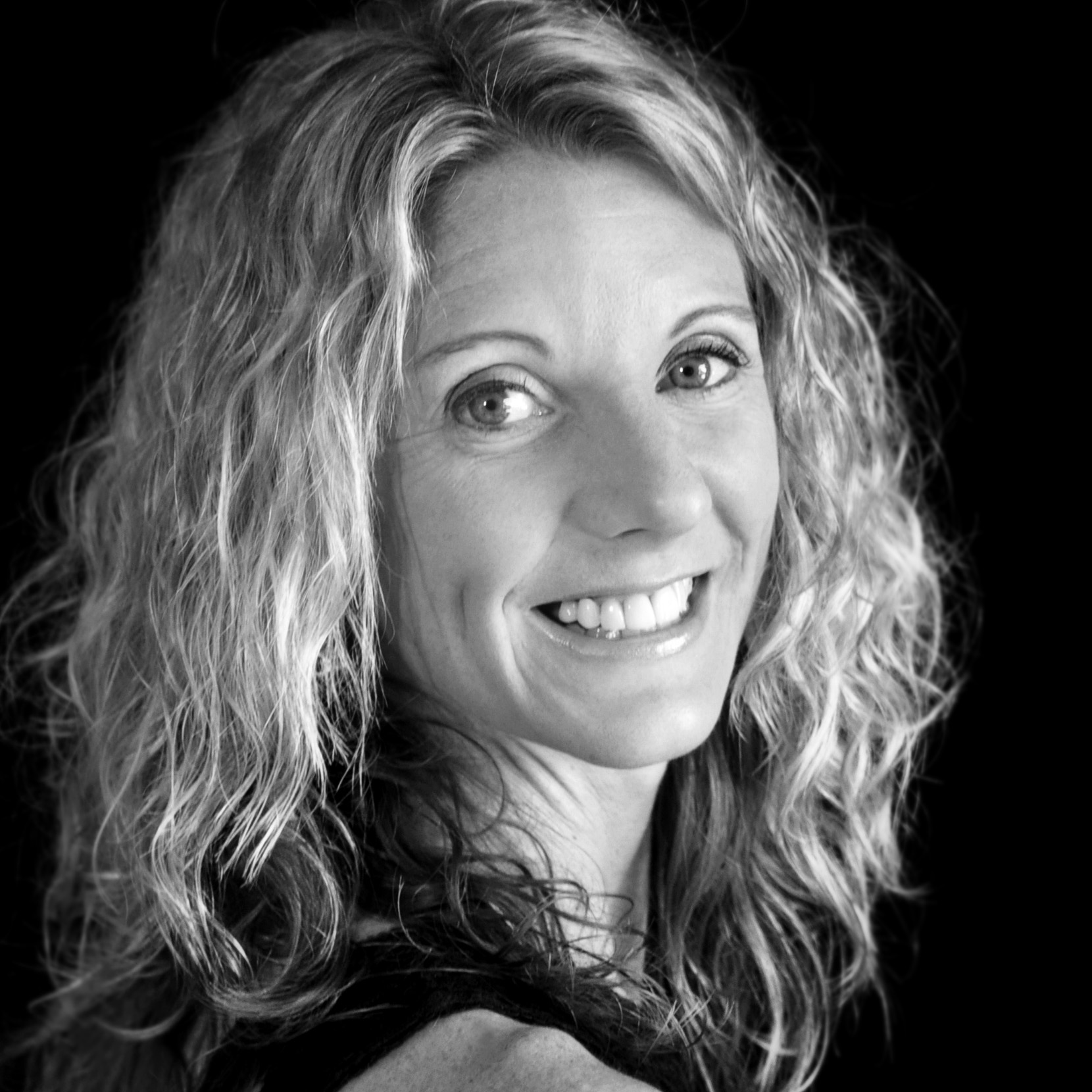 Arna began Classical Dance training at the age of 4 in Dubbo with Joyce Schneider. She has trained in all forms of modern dance. She went on to study under the guidance of Prudence Bowen at Ecole Classique in North Sydney. At 17, Arna competed in the RAD Adeline Geneé awards in London. After the competition she went and auditioned at several European schools, she procured a placement with the Vienna Opera Ballet School where she trained for one year before receiving a contract with the Österreiches Ballet Theatre. Her performances include Sleeping Beauty, Die Puppenfie, Raymonda,La Sylphide, Giselle, various Contemporary works, Waltz excerpts, and performances with the Opera. Arna also performed in the 1996 film La Prima Musica, filmed in Vienna.

Upon returning from Europe Arna completed her RAD Teaching Certificate. She taught at several schools on the Gold Coast before setting up her own school in partnership that specialized in ballet and offered full time tuition for students looking to get placements at prestigious ballet schools internationally. Many of her past students have been successful in getting into schools and companies throughout the UK, Europe and the USA, as well as at the Australia Ballet School. Several former pupils have gone on to professional dance careers throughout the world. Arna strives to deliver high calibre tuition and guidance to all her students. She is also a Level 1 Yoga teacher. 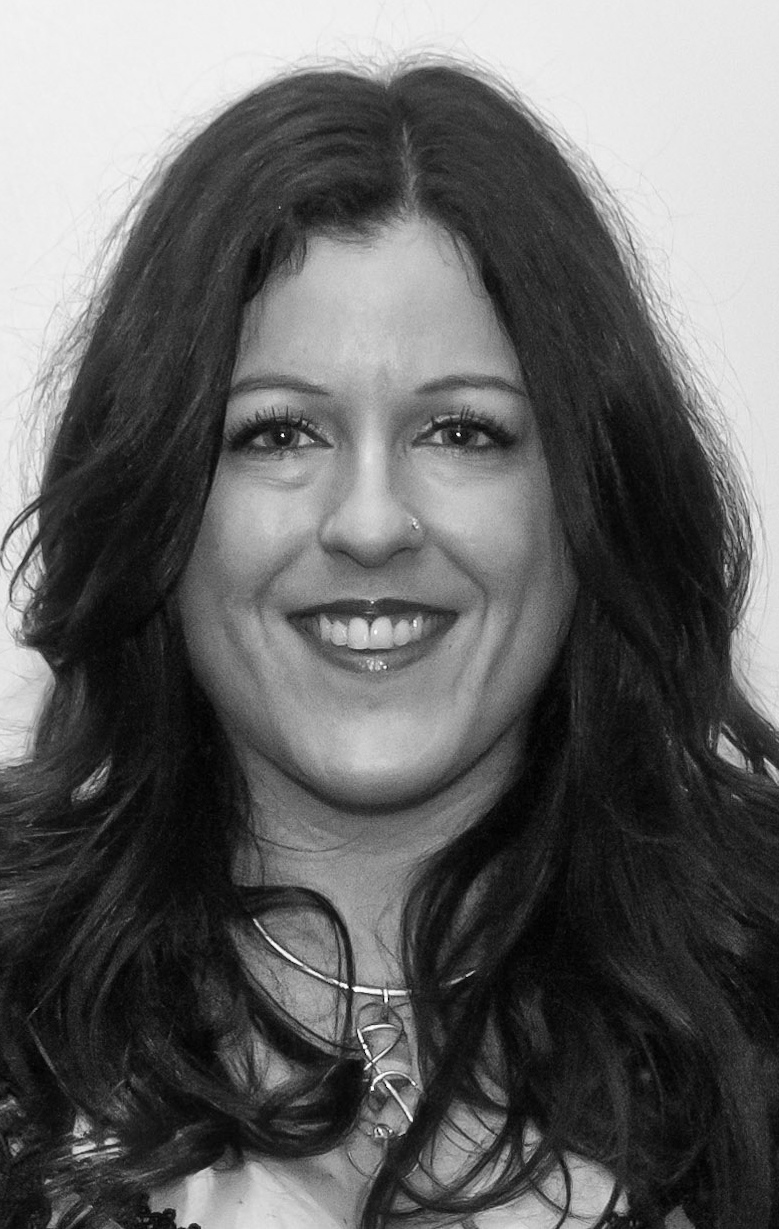 Deanne has trained as a vocalist and dancer at Conroy Dance Centre and Brent Street Studios. Her stage experience includes performances as part of the Paul Mac Experience Tour; Masterpiece for Event’ful Special Events; at Australia’s Wonderland; in Warner Bros and Cartoon Network shows for Millennium Entertainment; in Japan’s Dance Encore productions; on the P&O Fairstar & Pacific Sky; at Carols by Candlelight for Network 7; and in the Friends Concert for Starz Entertainment. Her television credits include Paul Mac Live on Rove Live, 1000ft High and Just the Thing on Pepsi Chart, and as a regular vocalist on Good News Week for Channel 10; What U Want on Channel V; and as part of a Five Piece Girl Band on the Logie Awards for Channel 9. 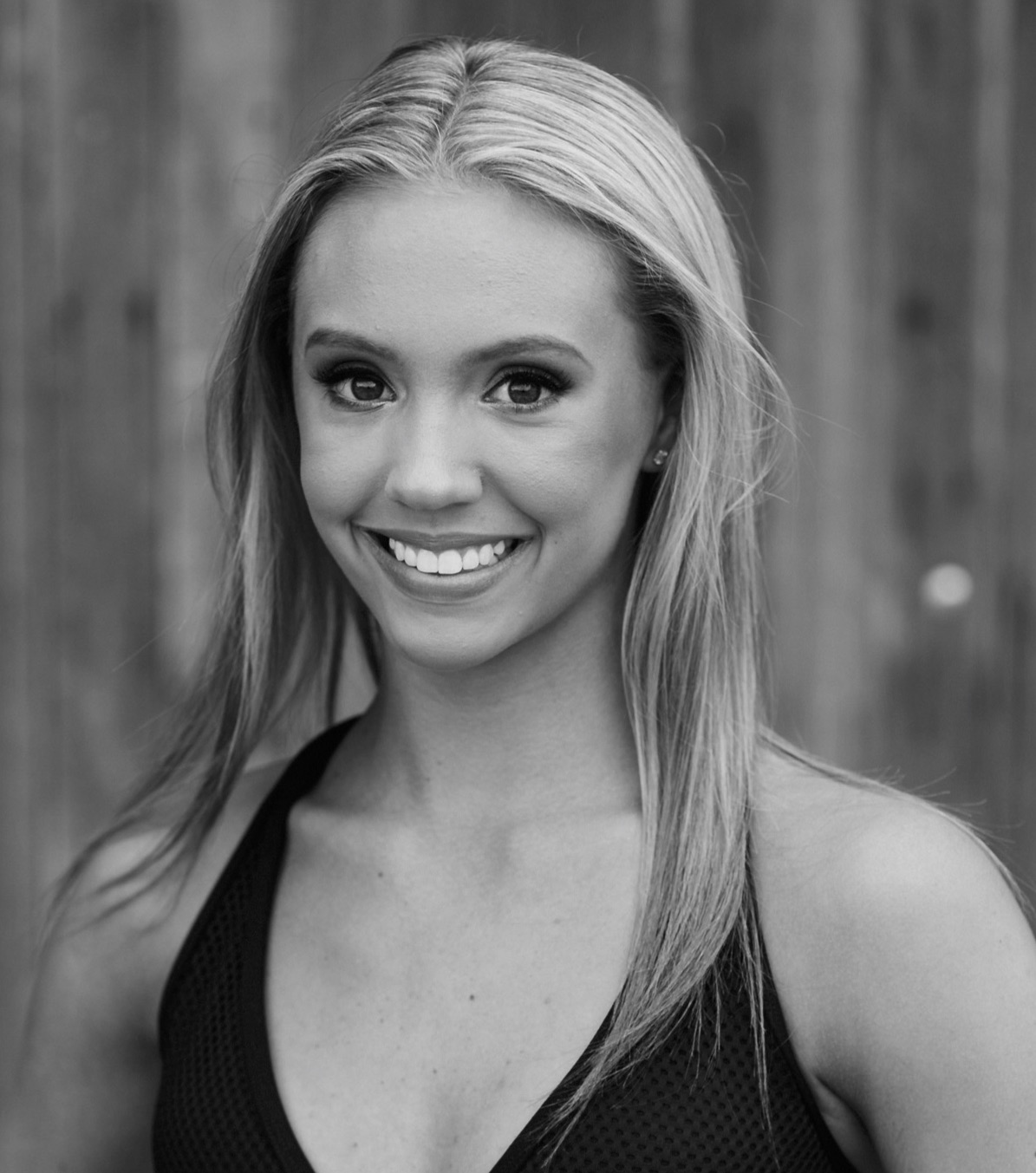 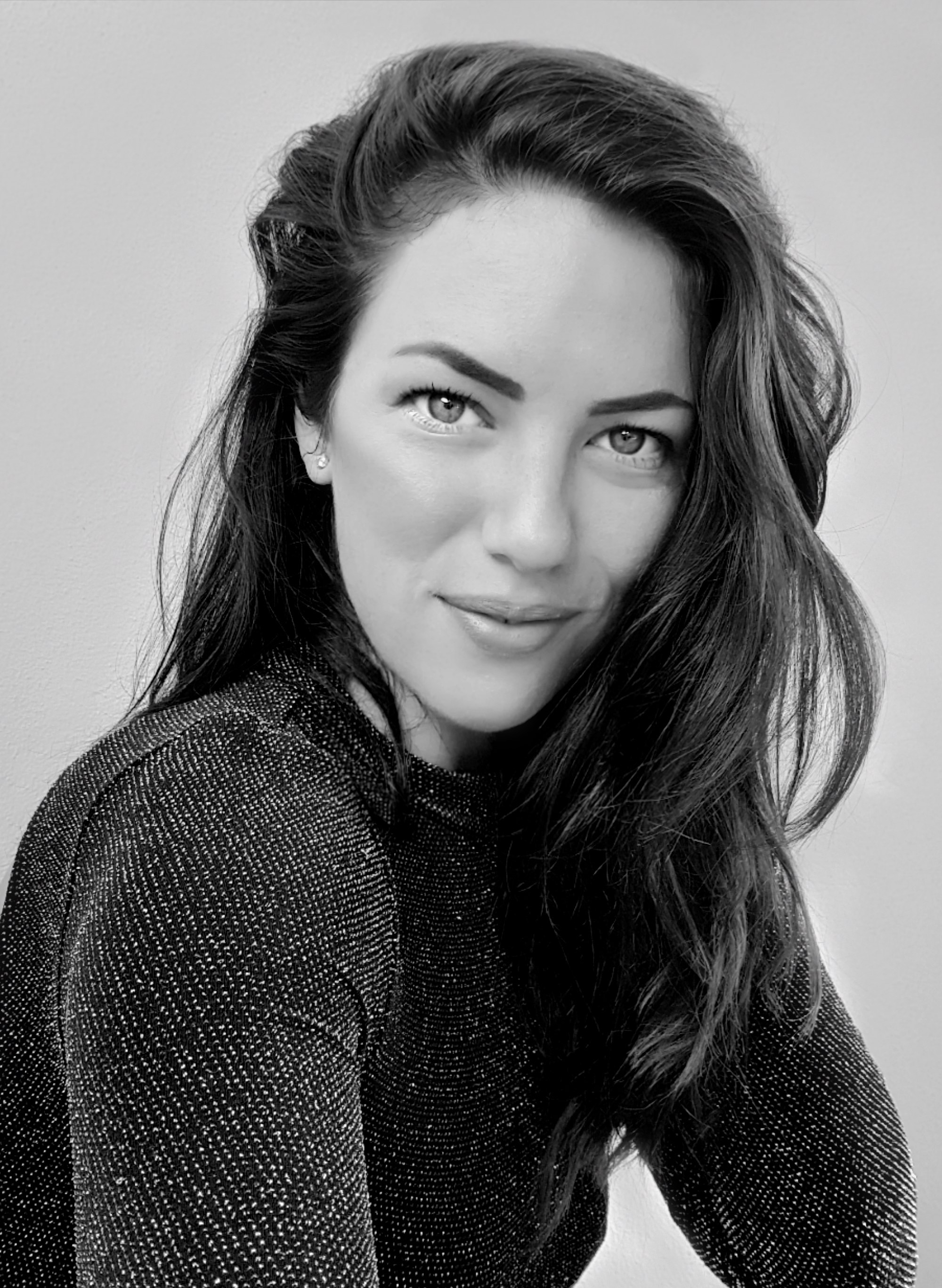 Alycia has been trained from a young age in all genres of dance. At the age of 13 Alycia was given the opportunity to train along side Olympic competitors at the AIS (Australian institute of sport) in Canberra to further her gymnastics career. She has completed her full-time performing arts course and immediately found her passion for choreography which in turn led to a successful teaching career.

Alycia has performed for Showtime Australia in the ‘Michael Jackson HIStory Show’ touring Australia and New Zealand. She has since been touring globally with Showtime Australia in the well known 'Whitney Houston show' along side Belinda Davids as well as the 'Michael Jackson HIStory shows' 1 and 2, and 'Elvis - The Show' which have all performed around the world in Australia, New Zealand, South Africa, Dubai, Germany, Norway, Denmark, America, Canada and the UK. Alycia returned to Australia in 2017 to continue her passion for teaching the younger generation of performers. "It really is a dream come true". 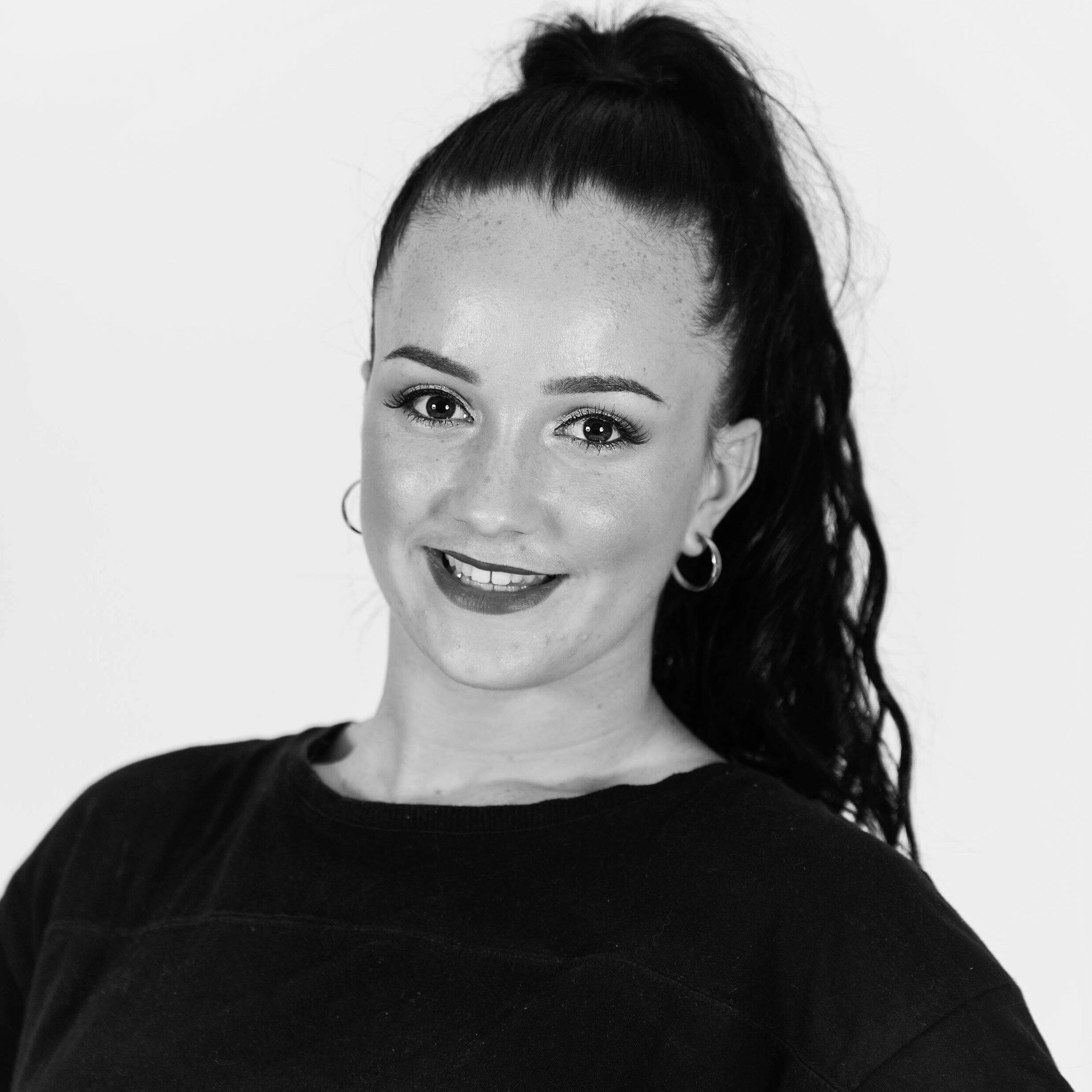 Carlie has trained extensively in both gymnastics and dance since the age of 2. With a love of Rhythmic Gymnastics at the age of 7 she took out the NSW state championship. From then, her passion for dance and Acrobatics continued. She was trained on the Gold Coast by Suellen Venker and Ben Nicolodi from age 10. She has also trained and competed in Sports Acrobatics level 8 and Cheerleading open level 4.

Carlie travelled with Ashton’s Circus in 2016 and competed at the National Circus Challange in Sydney. Carlie has a passion for teaching acrobatics & has many years of experience. She aims to create a special bond of trust with her students to be able to get the best out of them.” 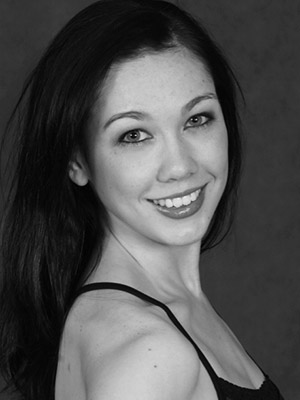 Midori Lotz has had an extensive career in dance primarily in classical & contemporary. She was trained at Ransley Dance Centre (Gold Coast) where she completed her A.R.A.D, during which time she was accepted into The Australian Ballet School (Melbourne). Midori completed three prestigious years of training & graduated with her Advanced Diploma of Dance in 2007 through The Australian Ballet School.

In 2008, Midori joined the Houston Ballet Company (Texas, USA) and performed in renowned ballets such as The Nutcracker, La Bayadere and Swan Lake. She danced as a corps de ballet member until 2010 where she decided to return to her roots in Australia and continued to share her passion of dance through teaching.
Midori's vision as a dance teacher is to inspire, encourage and help the dancer strengthen their technical and artistic potential. She strives to nourish creativity, passion and discipline in every dancer she teaches and believes it can all be achieved in a respectful and fun environment. 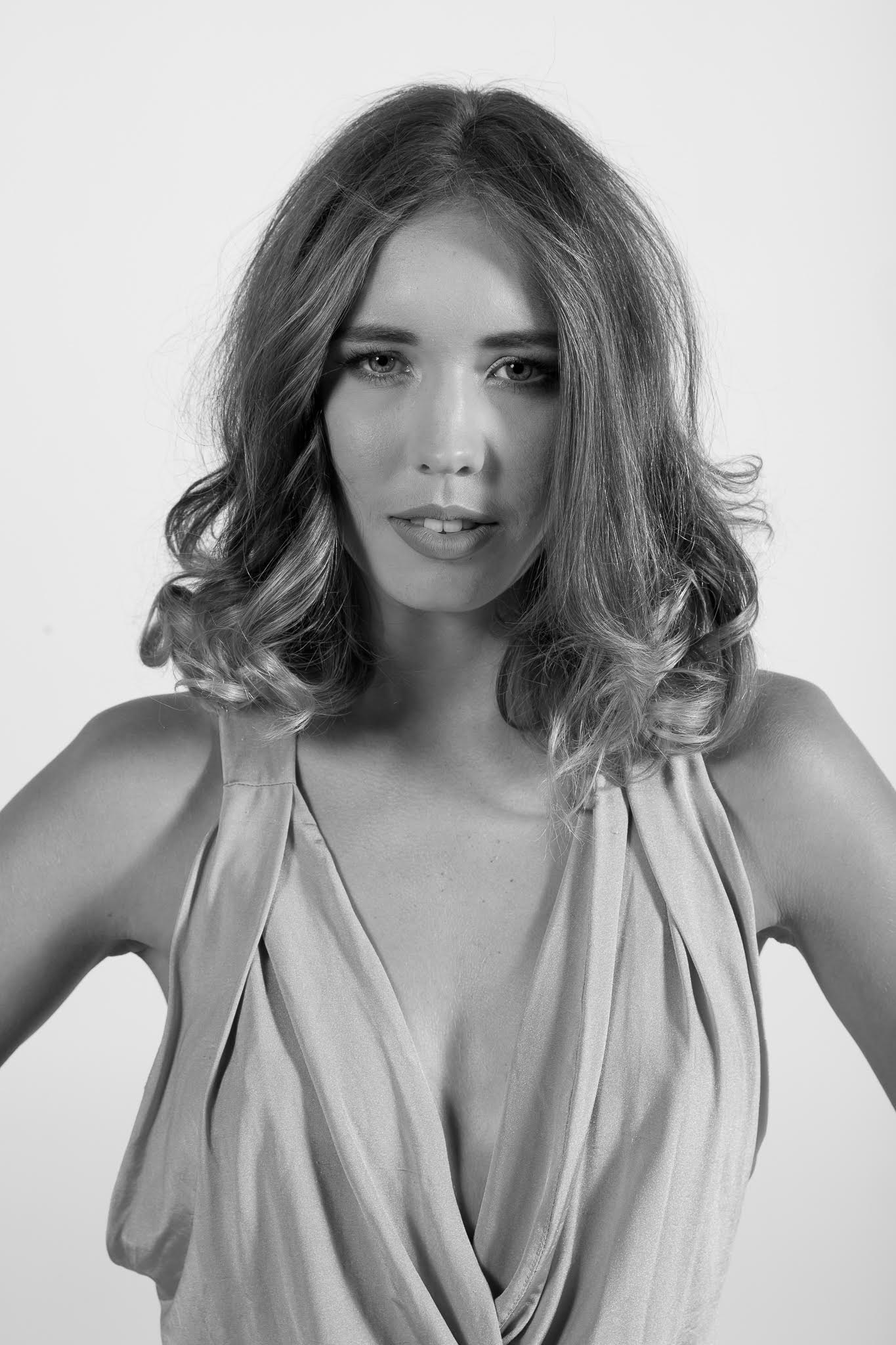 Holly have been training in dance since she was 3 years old at the McDonald College in Sydney and Dance Force Oz. She has trained In Ballet, Jazz, Lyrical, Contemporary, Tap, Cabaret, Acrobatics, Singing, Acting.

Her first major job at 18 years old was the Moulin Rouge in Paris. Where she performed as a core dancer as well as a can can soloist and snake swimmer. Holly went on to complete multiple contracts with Celebrity Cruise Lines as a featured dancer and aerialist. She is still professionally working though she feels lucky enough to teach which is a great passion of hers. 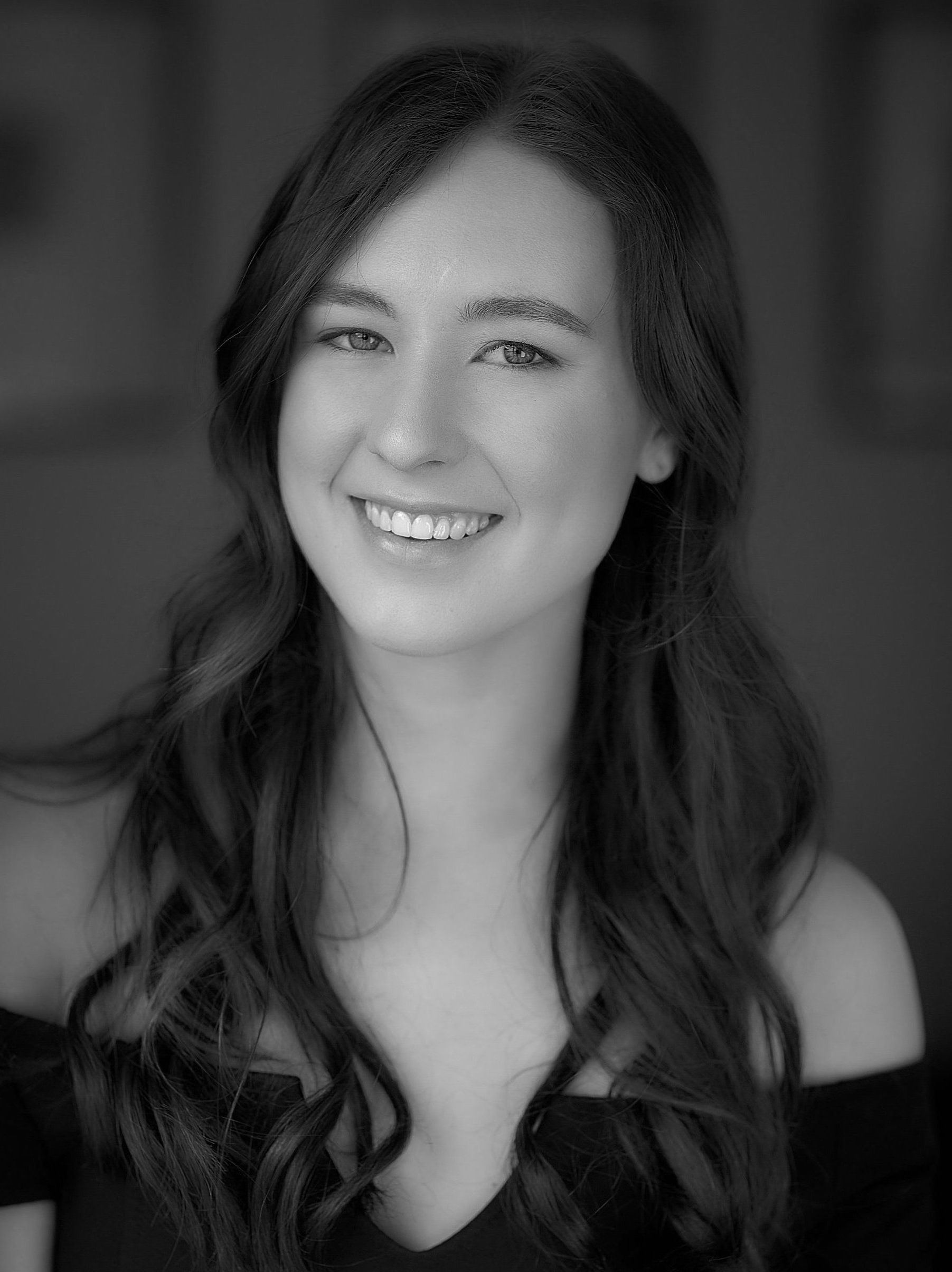 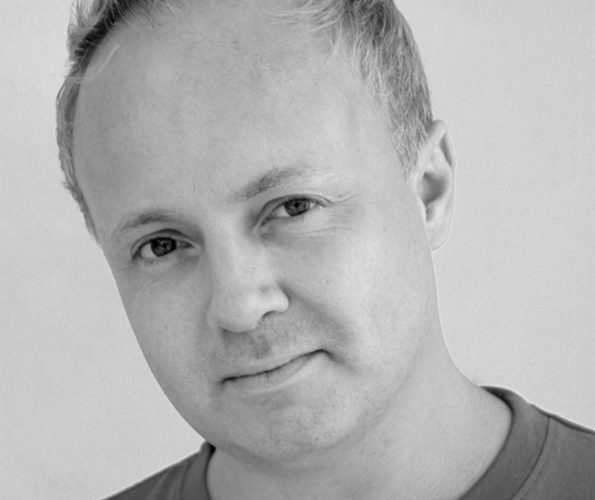 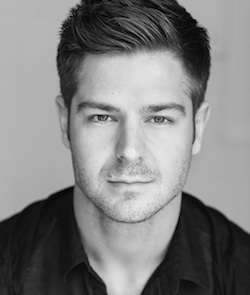 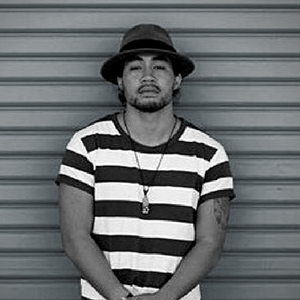 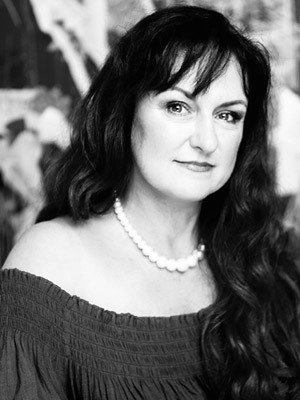 Karen is a member of the Panel of Examiners of the Royal Academy of Dance, London, examining students throughout Australia and internationally. She is also a Tutor and Practical Teaching Supervisor for the Certificate of Ballet Teaching Studies. With over 30 years of teaching experience, Karen is a fully registered R.A.D. Teacher and also has a Diploma in Dance Teaching and Management and Certificate IV in Training and Assessment. She has mentored students completing the Ballet Education Degree at the London R.A.D. Headquarters. Most recently she became a Tutor and licensee for the Silver Swans.

Karen was privileged to study under teachers such as Kathleen Gorham OBE, Valerie Bayley and Joy Ransley, completing her R.A.D. Teaching Certificate in 1988. After a career performing in various styles of dance, Karen was then principal of her own dance schools and then after having her own family, became a freelance teacher both in Australia and London U.K., teaching at The Ballet School, Notting Hill, West London School of Dance and Anna Pavlova’s Ivy House.

Karen brings extensive knowledge and a passion for classical ballet, from both overseas and locally to pass on to our students. 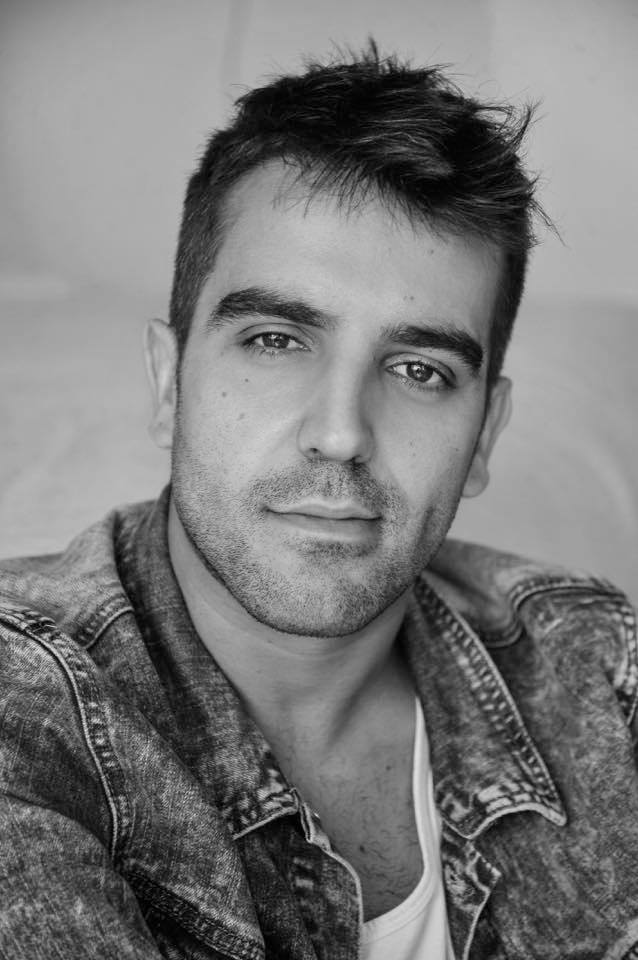 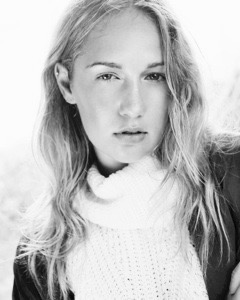 Kyla has been dancing since the early age of 3, starting her training at Kay Horseys Coastal Dance Studio on the Gold Coast. At the age of 14 Kyla decided to continue her training in Commercial Jazz, Lyrical, Contemporary, Ballet and Musical Theatre at Dance Force Oz. Kyla received her Certificate IV in dance.

She has been lucky enough to work with and mentored by some of Australia’s best and well-known choreographers. In 2014 Kyla has guest choreographed at Palm Beach Currumbin State High School in which her routine received ‘Best Choreography Award’ at the Gold Coast Eisteddfod. After completing her course in 2014 Kyla signed a contract with local dance agency ‘Chase Creations’ in which she was offered many performance opportunities from corporate events .

Over the past 5 years Kyla has loved being able to choreograph and teach students all over the Gold Coast, teaching all styles of dance from commercial jazz, tap, lyrical and contemporary. She is extremely passionate in helping others to be able to feel confident and express themselves through her work. 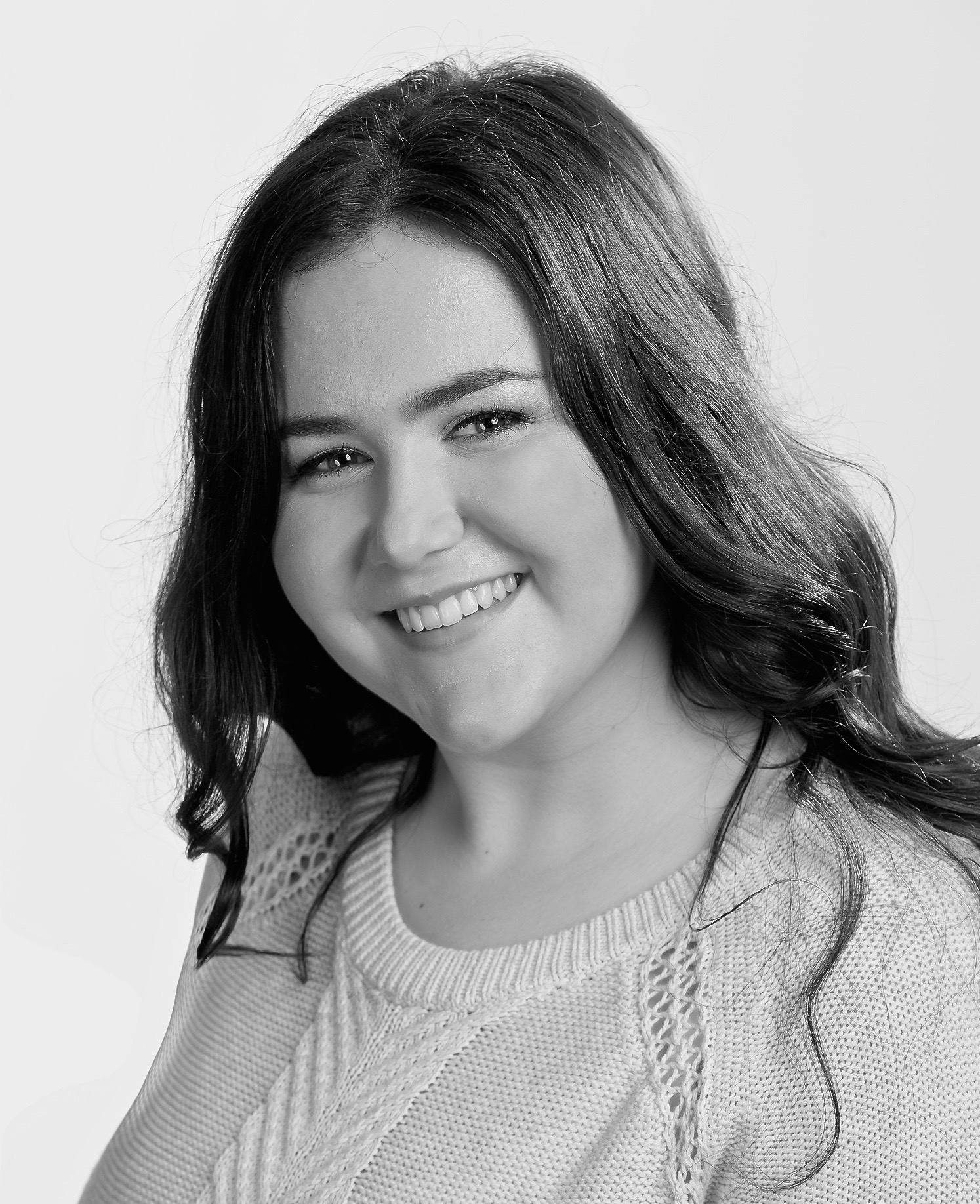 Jackie has performed in many varying styles of theatre and voice. She graduated from the Queensland Academy for Creative Industries in 2013 where she furthered her studies in Theatre and Film. She has also trained in Musical Theatre, contemporary voice and classical voice for the past 8 years.

Her performance highlights include playing the roles of Tracy Turnblad in Hairspray, Vivienne Kensington in Legally Blonde and Shena in The Boy from Oz. She is also extremely passionate about independent works of theatre in which she has helped develop countless productions.

Jackie is immensely looking forward to sharing her knowledge and watching her students develop their voices, style and technique. 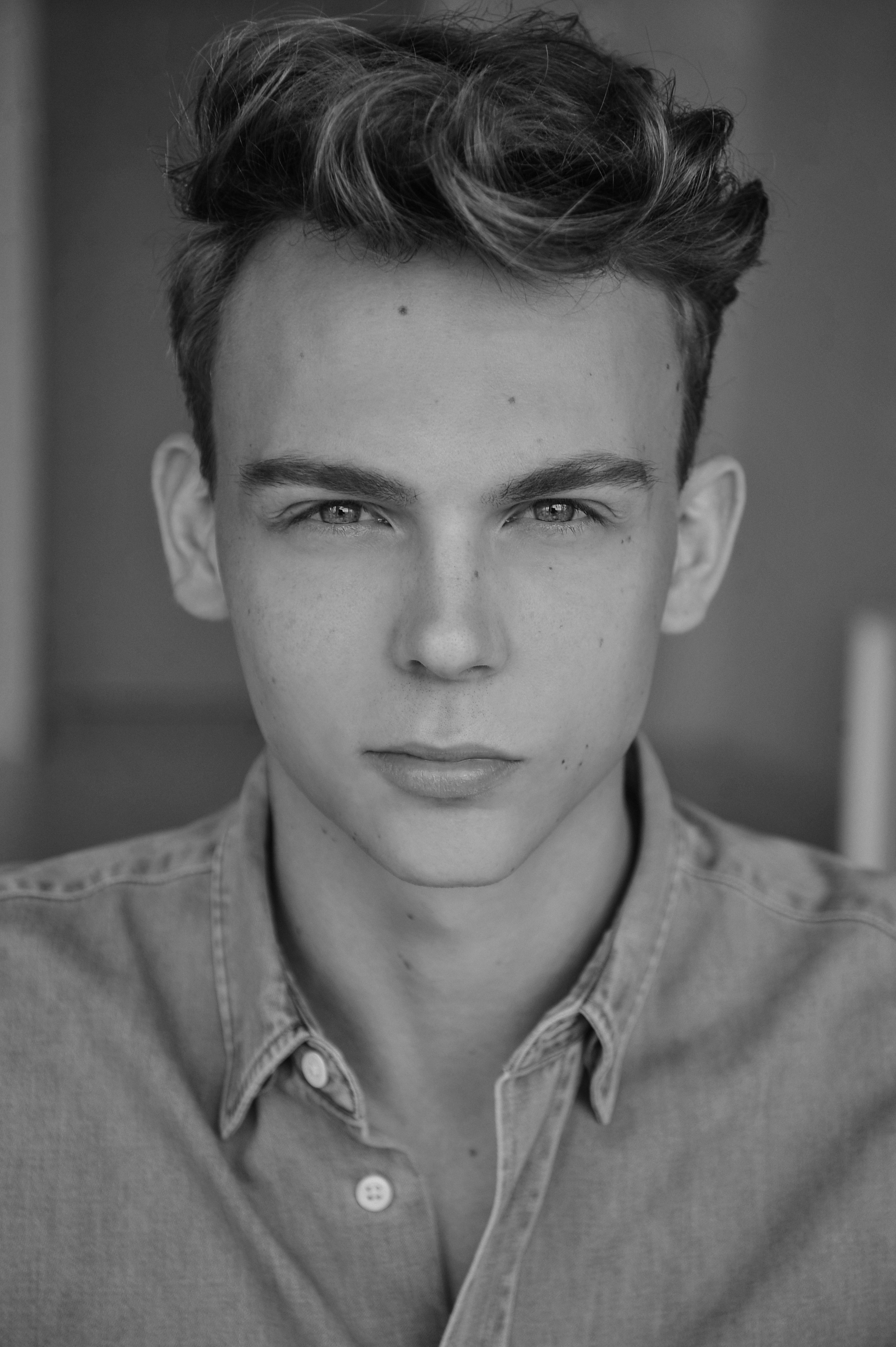 Mitchell Woodcock has established himself as one of Australias most sought after Performers and Choreographers with an expansive career across all facets of the entertainment industry.
Mitchell has worked alongside director Al Weeks as movement director for the Karl Lagerfeld X Modelco video Campaign. His choreography was also seen at the world premiere of the film Les Miserables and at the debut season of PACHA launched by Merivale. During this time he graced our screens as the youngest ever choreographer in the history of So You Think You Can Dance. Other choreography credits include, Prix de Marie Claire Fashion Awards, Playstation's 20th anniversary and movement director on Naomi Campbell’s The Face Tv series.
Mitchell has previously directed and choreographed live performances for George Ezra, Amy Shark, James Arthur, Conrad Sewell, Noah Kahan, Samantha Jade, Starley, Deborah Cox, The Veronicas, Betty Who, Client Liaison, Steve Grand and Conchita.
As a performer, Mitchell was cast in the role of A-rab at the age of 17 in the Australian production of West Side Story directed by Joey McKneely. Mitchell toured with the Australian cast in the Broadway musical Wicked in 2011/2012 and quickly joined the international tour of West Side Story in the role of Dance Supervisor at the age of twenty. He performed to audiences all across Europe and resided at the famous Saddlers Wells theatre in London. Since then Mitch has performed in Guys and Dolls, Dirty Dancing and has recently finished working as the Dance Captain on the Tony Award winning musical Kinky Boots.
Mitchell has appeared in Baz Lurhmann's  The Great Gatsby, ABC’s Dance Academy, The XFactor, Young Talent Time, The Voice, Mornings with Kerri-Anne, So you think you can dance, The Disney Channel and Australia’s Next top model.
Over the years Mitchell has had the privilege of backup dancing for Kelly Rowland, Ricky Martin, Kylie Minogue, Will.i.am, Joel Madden, Delta Goodrem, Geri Halliwell, Olivia Newton-John, Natalie Bassingthwaighte and Sneaky Sound System for various performances in Australia.
Mitchell has recently choreographed James Arthur’s new music video ‘You Deserve Better’, Toyota’s 2018 video campaign and has just finished working in Jakarta as the creative director and choreographer for the number one Indonesian network RCTI. 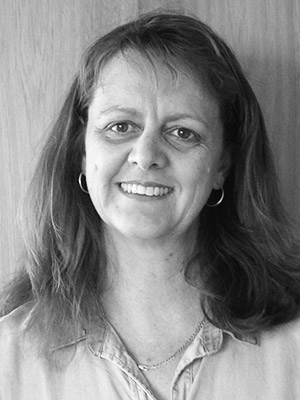